By ADMIN 13 November 2018
With a point, a tap and billions of snaps, Instagram has become the world’s most fashionable photo-sharing app. And while it’s not exactly straightforward for marketers, any brand-owner should know that there’s way more to Instagram than selfies and puppy videos.
Thanks to an audience of more than 600 million monthly active users, there’s a good chance the people you are trying to target are using Instagram. Getting them engaged with your brand is all about creating imaginative, thoughtful content. And using some nifty strategies to help it spread far and wide.
Here are nine examples of brands that took Instagram marketing to another level.

You know what they say: cream rises to the top. And with Instagram, the most attractive content has a way of getting found. Just ask National Geographic. With 74.2 million followers, you could say their photography is kind of popular. No gimmicks. No memes. Just sensationally good snaps that capture the imagination.
Of course, it helps that National Geographic have at their disposal a small army of professional photographers who spend their lives exploring the globe. But it’s a fine example of doing one thing and doing it very, very well. Zero in on your niche and get snapping.

One way to market your product is to spend millions of pounds on expensive ad placements. Another way is to let your audience do the legwork for you.
As part of a campaign to promote their Neo brand, Adidas asked their followers to create Adidas-inspired Instagram posts with the hashtag #MyNeoShoot. The best content creators were then invited to model in a professional photo shoot, the results of which would be rolled out on the Adidas Instagram channel. To help spread the word about the contest, Adidas enlisted the support of one of Instagram’s most popular celebrities: Selena Gomez.
Adidas generated 71,000 mentions of the #MyNeoShoot hashtag and gained 41,000 new followers. It shows that an imaginative contest is enough to engage your audience and highlights the power of social media influencers.

You don’t need bottomless pockets to get results on Instagram. Bloom & Wild are a luminous example of how you can grow your business through Instagram ads without the big-brand budget.
The flower delivery startup wanted to attract a wider audience to their fledgling business. So they turned to Instagram. But to make the most of their budget, they used their existing email list to target a lookalike audience on Instagram via Facebook’s Power Editor. After a little testing they found that video ads provided their best conversion rates, so doubled down on their efforts.
Bloom & Wild increased their bouquet orders by 62 per cent and saw a huge upswing in new customers commenting on their Instagram profile. It’s a great example of how testing and staying on top of your metrics can help you make the most of a limited budget.

Social media influencers are particularly influential on Instagram. Certainly that was the case for the developers behind mobile gaming app Bejeweled, who partnered with Instagram’s top influencers to inspire millions to purchase the app.
Bejeweled introduced the campaign with two creative YouTube shorts featuring people – and canine influencer JiffPom – using the mobile game as a liberator from the shackles of boredom.
The campaign also utilised top Instagram influencers (including David Lopez and Koya Webb), who shared photos of themselves playing the game with the hashtag #shinyplace. These influencers encouraged their followers to do the same and the rest – as they say – is history.
Within a month of the campaign launch, Bejeweled climbed from 702 to 182 in Apple’s chart of top-grossing US App Store apps. The message is clear: if you can afford to pay influencers to promote your product or service, you could get huge results.

Old Spice has something of a reputation for their witty, whimsical ad campaigns. But sometimes reputations can be more of a burden than a boon. How does Old Spice stay on the vanguard of edgy advertising? How do you create engaging marketing collateral when your target audience already has clear expectations for your creative? The answer for Old Spice was to channel efforts into unfamiliar territory: social media.
And that’s exactly what happened with the Dream Runner campaign.
Runners have never had it so good. There are oodles of apps that track your runs and highlight the routes you have followed as you stomp across your city. You can even share on social media maps of the calf-crunching route you have just conquered. It’s precisely this technology that Old Spice wanted to piggyback on.
The Dream Runner campaign compelled their followers to win stuff by posting photos of a running route in the shape of a prize they wanted to win – complete with the hashtag #runoldspice. “If you can run it, you can own it” tooted the campaign tagline. (According to business intelligence outfit Aimia, millennials are 44% more likely to promote a product on social media if they are rewarded.)
Again, influential Instagrammers played in key role in helping Old Spice hit their campaign goals: enhance identity as an innovative brand and promote the Hardest Working Collection.
Old Spice invited top personalities such as Logan Paul (entertainer), Kevin LaSean (musician and fitness devotee) and Shalvis (parkour specialist) to participate in the campaign. These choices were especially shrewd. All three are popular with the target demographic. All three are big on health and fitness. And Logan Paul is particularly humorous.
It’s a great example of reducing marketing friction by choosing influencers who already match your brand values to promote a product that would be loved by the majority of people exposed to the campaign.

What do you do if you can’t reach your target market? Go to the people who can. Thus explaining why Chanel invited a small army of the world’s top fashion and beauty bloggers to the South of France for a complimentary retreat.
You see, Chanel wanted to promote the launch of their new No. 5 L’Eau perfume. The shindig in the South of France was like a who’s who of the fashion blogging community. But Chanel’s masterstroke was to give the bloggers a tour of their production facilities in the Riviera town of Grasse. Here Chanel allowed the bloggers to explore the flower fields and explained how their fragrances are made from real flowers.
Encouraging the bloggers to document their adventure on Instagram with the hashtags #newchanel5 and #chanelgrasse, the planet’s most prodigious perfume producer garnered some brow-raising results. The hashtag #newchanel5 generated over 1,600 pieces of content (both influencer and user-generated as the bloggers followers uploaded their own images). #newchanel5 also attracted over 900,000 likes in the first month of the campaign.
Chanel’s strategy of going to their target audience’s fashion and beauty heroes exposed them to 9 million people across social media. But this is about more than reach. This campaign taps into the consumer’s desire to go behind the curtain. To take a look behind the scenes. To be reassured of a product’s authenticity and provenance and purity. Could your brand do something similar?

If Instagram is synonymous with any shape, it’s the square. Keen to tap into that with some seriously geometrically pleasing milkshakes was fast food giant Sonic Drive-In.
Okay, so here’s the crux of the campaign. The square milkshakes – created by culinary Instagrammer Chef Jacques LaMerde – were sold during the Coachella Music and Arts Festival. Shop-on-demand integration allowed customers to choose a flavour through an ad on Instagram and have their shake hand-delivered (thanks to some clever use of geo-fencing) and pay for their frigid, frothy beverage simply by posting a snap with the #SquareShakes hashtag.
The campaign generated 26,000 likes, 1,000 comments and raised Sonic’s follower count from 118,000 to 129,000. Yet this is another example where Instagram was just a vehicle for a more time-honoured marketing strategy. Sonic wanted to raise awareness of their desserts and – well – giving them away for free is one of the oldest tricks in the book, isn’t it?
Mixing traditional marketing strategies with digital technology in a creative way could get you results.
8. Airbnb

The best campaign ideas permeate through your entire marketing collateral. Images, copy, tone of voice. The right idea can inform the lot – regardless of the channels you are working with. Unfortunately brands often make the mistake of thinking that coming up with a snappy tagline alone will cut it. Airbnb is not one of them.
The campaign tagline ‘Don’t just go there, live there’ is a visceral call to arms. Airbnb backed it up perfectly on their Instagram channel, posting user-generated photos from both hosts and guests. It makes Airbnb real. It gives users a perspective they can engage with. And it earns Airbnb thousands of likes per post.
It’s a simple example of the importance of being real. Of making sure a campaign idea reflects your brand and trickles down throughout your marketing output.
9. Hartley’s 10 Cal Jelly

Hartley’s needed to raise awareness of their low calorie 10 Cal jelly among UK females between the ages of 25-34. What better time than January, with those health and fitness resolutions fresh in the mind?
The social media campaign – incorporating Facebook, Twitter and Instagram – was based on the tagline “Are you a #10CalAngel or a #DietDevil?” By sending complementary packs of 10 Cal jelly to the power middle of Instagram’s slimming/diet influencers (those with up to 10,000 followers), Hartley’s got some incredible results.
104 Instagram influencers engaged with the campaign, posting to their followers 295 times. That gave Hartley’s a 146 per cent engagement rate and doubled the brand’s follower count. Perhaps most importantly of all, sales increased too.
Over to you…
Instagram marketing can be a tough nut to crack. But – as the case studies above show – by no means is it impossible. Instagram is a visual, visceral media. Think about how to present your brand visually. Utilise user-generated content and create ways of rewarding people for posting photos that promote your brand.
Consider ways of using Instagram to offer freebies. Tap in to the persuasive power of influencers to connect you with your target audience. You don’t have to be salesy. But you do need to know your brand. And hey, a little creativity could transform your results. 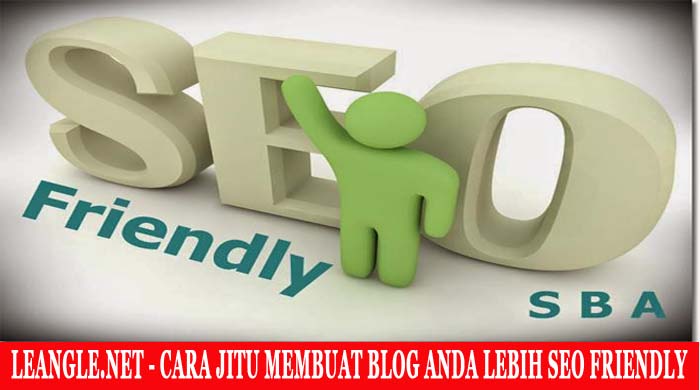 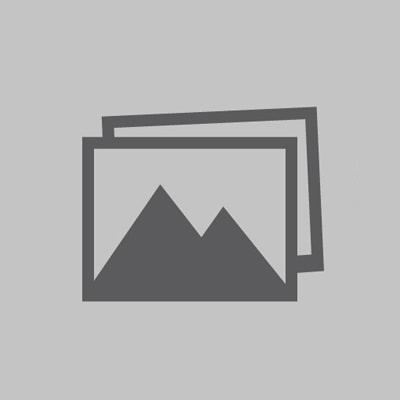 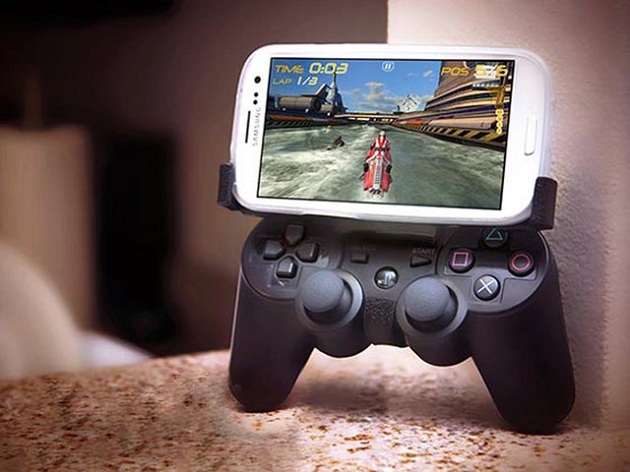 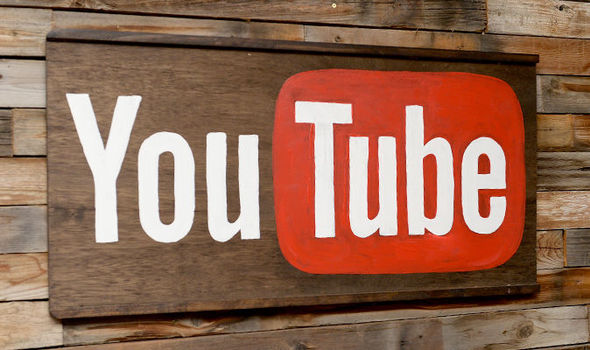 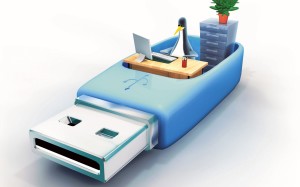